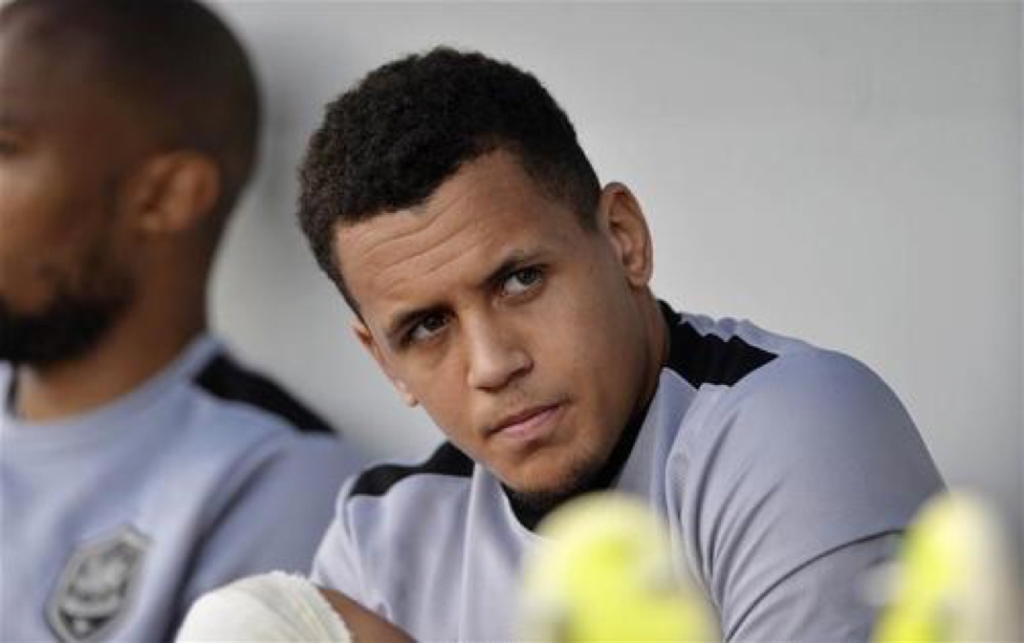 While Clark was paying tribute to Morrison’s precocious talent, he was also undoubtedly acknowledging the youngsters volatility. Just like Gascoigne, Morrison has a propensity to off field troubles. Just like Gascoigne, managers have struggled to refine his talent. And just like a young Gascoigne, his next road leads to Rome.

The 21-year-old confirmed his move to Lazio via social media, posting a picture of his Aquile shirt on Instagram. Having already played for West Ham Utd and Cardiff City this term, he will not arrive at the Biancocelesti till the summer, FIFA rules stipulating that a player cannot represent three clubs in one season. Morrison will be the first Englishman to play for Lazio since Gascoigne’s three year spell from 1992 to 1995. If his time in Italy is half as entertaining, we could be in for a treat.

For those who remember the halcyon days of James Richardson’s Football Italia on Channel 4, Morrison’s move to Lazio may be a little nostalgic. It may rekindle joyful memories of Gazza’s days in Italy – the tears, the belch and the occasional moment of genius. Arriving in 1992 – a year later than initially advertised due to injury – the Laziali gave the former Tottenham Hotspur man a warm and frenzied welcome. Thousands packed Fiumicino Airport to greet him, chants of ‘Que Sara Sara’ and ‘Gazza’ bellowing from their lungs. Describing the pandemonium, one Lazio fan said “When we got him, my god, it seemed like Jesus Christ was arriving.”

Gascoigne’s charisma immediately endeared him to the Lazio support, his gregarious nature, eccentricity and fun-loving spirit earning him cult status. Of course his last-gasp equaliser in the 1992 Rome Derby didn’t do him any harm either. He celebrated under the Curva Nord, later breaking into tears of relief having avoided defeat during his first Derby della Capitale. It was his first goal for the club and one that, in the eyes of many Laziali, already justified his £5.5 million price tag.

The Englishman was also unperturbed when it came to respecting or disrespecting ‘reputations’, a fact he demonstrated to the chagrin of the Italian media after he belched into the microphone of a journalist from Rai Sport. While Lazio club president Sergio Cragnotti fumed, his peccadillo further cemented his status as a fan favourite.

One Lazio fan triumphed: “He’s great. We give Gascoigne’s burp a ten. We think he did the right thing. If they know he’s in press silence I don’t understand why they are trying to interview him, it’s the journalists fault.”

In truth Gazza’s antics off the field deflected from what was a disappointing spell in Rome. He was plagued by injury and his travails on the pitch were accentuating his problems off it. Prank after prank on teammates and club staff wore thin. It almost felt as though he focused more on devising ingenious japes than maintaining his fitness. In three seasons he only made 43 Serie A appearances, scoring six goals. But although he won nothing, he remains a mythical figure in the eyes of the Lazio faithful. He was a pioneering signing in Cragnotti era, one of the most successful periods in the Aquile’s history. He embraced the visceral passion of the fans, brought them untrammelled joy in the Rome derby and endless moments of entertainment. In return, Lazio’s Curva Nord honour their adopted English son with a flag bearing his image at home game.

As such, Ravel Morrison arrives in Rome with big boots to fill. This could work both ways. On the one hand, the Laziali may immediately warm to the talented young Englishman, especially one who has a mercurial character and whose ability has been compared to Gascoigne’s. On the other, the Manchester United youth product will arrive with a substantial amount of pressure on his shoulders, purely given the fact he is comparable to Gascoigne.

There is also the fact that Morrison’s transgressions off the field have been somewhat more sinister. He is rougher around the edges and lacks the loveable character that helped Gascoigne win hearts in Italy. His career thus far has been tarnished with allegations and charges of assault and witness intimidation. It’s hardly an endearing reputation.

Despite claiming Morrison was the most talented youngster he had seen at Manchester United since Paul Scholes, Sir Alex Ferguson decided the baggage wasn’t worth handling. “Better out of Manchester” Ferguson said, and since then the capricious youngster has struggled to settle at West Ham, loaned out to various clubs including Birmingham, QPR and Cardiff.

Despite all this, there is no doubting Morrison’s potential. He has showed us glimpses in the Premier League. In the first half of the 2013/14 season, he forced his way into the West Ham fold and scored five goals in his first 12 games. This included a memorable performance against Tottenham in which he scored a wonderful solo goal, effortlessly carrying the ball past Spurs defenders before nonchalantly chipping it into the net. The goal bore a resemblance to Gascoigne’s best goal in Lazio colours.

Should Morrison produce a similar type of magic in Rome, we might well hear him dubbed ‘the new Gascoigne’. On face value, signing him appears a calculated risk from the Biancocelesti. The Manchester youth product is 21-years-old, he will arrive as a free agent and he will bolster what is already an exciting and youthful attack, possessing the likes of Felipe Anderson and Keita Balde Diao. In Stefano Pioli, Lazio have a coach who is level headed and experienced, a man who could perhaps polish what is an extremely rough diamond.

Surpassing what Gascoigne achieved on the field in Rome is certainly not beyond Morrison’s capabilities. In fact that’s the easy bit. However leaving the same legacy will be near on impossible.