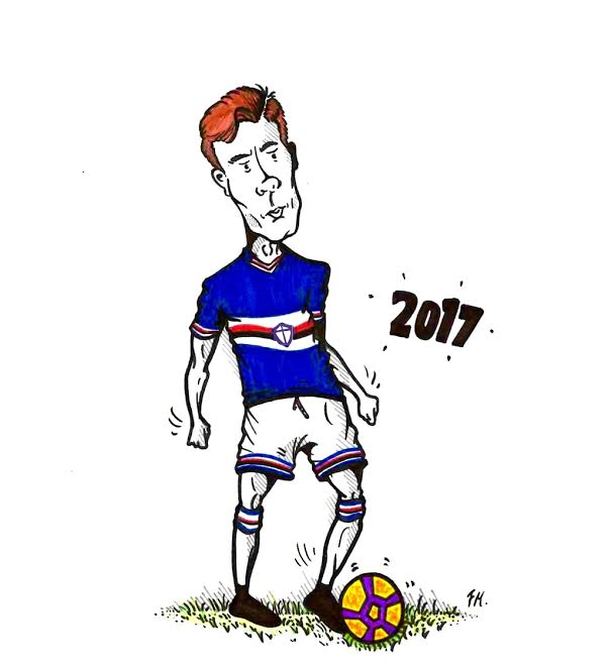 The first player to feature in our contemporary section of ‘Protagonists of the Derby della Lanterna’ is none other than Samp’s Patrik Schick. With seven goals so far this season, six of which he has scored as a substitute, the Czech youngster has been a revelation and a real super-sub for the club.

More than that, Schick is one of the most promising prospects of Italian football and has been compared to Marco Van Basten by numerous pundits, on account of his elegance and composure in front of goal.

Blucerchiati fans certainly hope that Schick can impact the Derby like the heroes of the past, some of whom we’ve depicted in Part I and Part II of this series. Schick might not (yet) be a club legend like Gianluca Vialli, nor have Antonio Cassano’s touch of folly, but he surely has the sufficient talent to shine under the light of the Lanterna tomorrow night.

To read more about Samp’s starlet, we profiled Schick in our ‘Grande 50’ series earlier this year.

‘When Federico isn’t sketching, he is a columnist and editor for Italian Football Daily. He also writes for the Football Pink and his own website, Fede’s Calcio.’ ​