Serie A is renowned for its brilliant coaches. Immediately one thinks of those who made their mark with Italy’s biggest clubs: Arrigo Saachi, Fabio Capello and Carlo Ancelotti at AC Milan, Helenio Herrera and Jose Mourinho at Inter, not to mention Marcelo Lippi and Antonio Conte at Juventus. Veneto born Giuseppe Pillon may not be one of these household names, but his efforts at Treviso and Chievo make him one of the most underrated coaches on the peninsula.

Pillon’s career as a footballer wasn’t spectacular, playing in Italy’s lower leagues, until his retirement in 1992 at the age of 36. He immediately leapt into coaching and found his first taste of success at his local side Treviso two years later. In the space of just three years, the Veneto club enjoyed a meteoric journey up the football pyramid, from the amateur leagues of the Interregionale to Serie B: their first appearance in Italy’s second tier in 40 years. Pillon achieved this playing enterprising and attacking football, an ethos which won him admirers and a job at fellow Serie B club Padova. However, his time at the Biancoscudati was short-lived and he was sacked for the side’s poor performances after just a few weeks in charge.

Pillon was cast into the football wilderness until 2001, when he made a comeback by leading Ascoli to Serie B promotion. His efforts culminated in a return to Treviso in 2004, who had returned to Serie B after suffering relegation a few years earlier. Once again, Pillon weaved his magic. During the 2004-05 season, he turned a side that had finished 15th the previous season into a free-flowing attacking side and one that reached the Serie B playoffs, ending the season in fifth place.

This success reflected Treviso’s new-found spirit under Pillon. They had scored 58 goals, the fourth highest in the division. However, such attacking intent resulted in deficiencies at the back, as Treviso’s leaky defence stunted their hopes of automatic promotion. Worse still, they fell at the first hurdle of the playoffs, losing to Perugia.

Yet luck was on Treviso’s side. Genoa, who had actually finished first in the league, were implicated in a betting scandal and the disciplinary committee of the Italian Football Federation (FIGC) came down hard on the Rossoblu. Genoa were stripped of their Serie B title and promotion, relegated to Serie C and their president, Enrico Preziosi, was banned from football for five years. Meanwhile, the FIGC also denied financially stricken Torino from taking their place in Serie A. This all meant that Treviso were effectively bumped up two places in the table and promoted to the top flight for the first time in their history. Pillon, who was already a fan favourite owing to the fact that he hailed from the Treviso province, was now a club legend.

Alas, Pillon would not be the one to manage them in Serie A, however, as he was appointed head coach of Chievo in the summer of 2005. This was a significant step-up and challenge for the 49-year-old. It was his coaching debut in Serie A, with yet another provincial Veneto side, albeit one that had now experienced four straight seasons in the top flight. But Pillon was also inheriting a side that narrowly avoided relegation by going undefeated in their last three games of the previous season.

The hope was that Pillon could replicate (or at least avoid a relegation scrap), just as Chievo’s ex-Mister, Luigi Del Neri, had done between 2001 and 2004. That period was one that chimed with Pillon’s ideals of positive attacking football. It had also produced the Chievo miracle, which saw the club finish fifth in their debut Serie A season. Just as he did with Treviso, Pillon hoped to recapture this success with the Mussi Volanti, punching above their weight and outperforming clubs with more illustrious histories and bigger budgets. 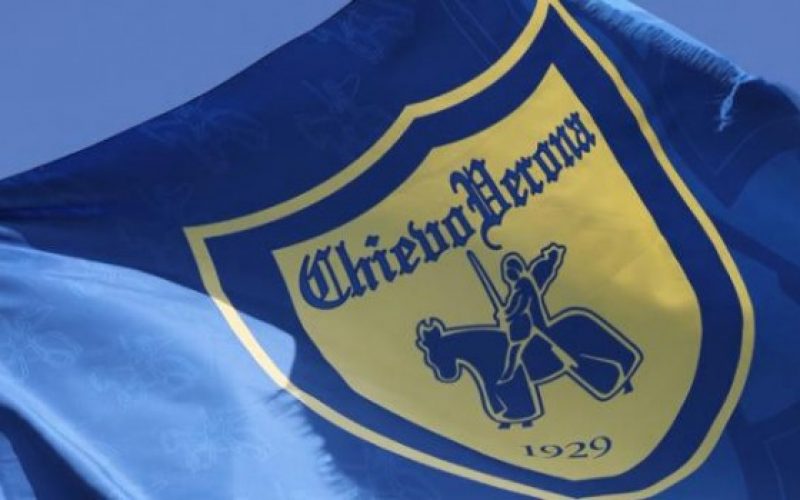 Chievo Verona: The Donkeys who dared to fly

He would try to do so with players that had different capabilities throughout the squad. Veterans like Salvatore Lanna, with Chievo since 1996, and Daniele Franceschini who had been at the club since 1998, brought much needed experience. Meanwhile, new signings like winger Victor Obinna, as well as experienced goalkeeper Alberto Fontana and veteran midfielder Federico Giunti, brought impetus to a side looking to climb up the table.

Pillon’s choice of formation alternated between a 4-4-3 and 4-4-2 system. Giunti acting as the shield in-front of the defence, while Matteo Brighi and Pablo Sammarco provided control in midfield, giving the wingers and strikers a platform to attack. Fortunately for Pillon, he had a sizeable corps of attacking players, ready to be utilised if required. On the wings there was Obinna and Franco Semioli, tasked with troubling full backs, as well as cutting inside or hugging the touchline so to create chances and score goals.

At the focal point of the attack was the now club icon, Sergio Pellissier, who lead the line by holding the ball up, bringing midfielders into the game and being an all-round nuisance to defenders. Crucially, Pillon had a Plan B in attack with Amauri, as the Brazilian striker began the season on the bench. If needed, Pillon could thus switch to a 4-4-2, with Amauri and Pellissier deployed upfront. Meanwhile, the ever-reliable Simone Tiribocchi provided another solid attacking option off the bench.

The Flying Donkeys may have lost their league opener 1-0 to Juventus, but Pillon would soon utilise his resources to maximum effect. From matchday two (beating Parma 1-0) to the final game before the winter break on matchday 17 (losing 4-0 at Roma), Chievo achieved seven wins, six draws and just three defeats. Pillon also strengthened the Gialloblu’s defence, as they kept five clean sheets. This acted as a springboard for memorable victories like beating AC Milan 2-1 at the Bentegodi in early December. Chievo were challenging for a Champions League spot come the end of the year.

Pillon also found a way to get the best out of Pellissier, who enjoyed the best season of his career to date, going on a purple patch of five goals in six games. Obinna and Semioli were a menace on the wings – Obinna chipping in with goals and Semioli with assists. Despite this, Chievo would find it hard to maintain their form in the second half of the season, as teams began to wise up to Pillon’s tactics. An injury to Pellissier, who missed the entirety of March, hardly helped the Gialloblu’s cause and it fell to Amauri and Simone Tiribocchi to pick up some of the slack – the latter scored the winner against AC Milan in December.

The Flying Donkeys did manage to put in some good performances in the second-half of the season, however, as they held Juventus to a 1-1 draw in January, not to mention a wild 4-4 draw against Roma in their penultimate home fixture in late April. Despite Chievo not winning their last four league games, managing three draws and a defeat, they were able to finish seventh. For a side with limited resources, not to mention it being Pillon’s first season in Serie A, it was a monumental triumph.

Chievo’s attacking corps played an instrumental role, as the goals of Sergio Pellissier (13), Amauri (11) and Simone Tiribocchi (7) constituted over half of their league goals for the season. Their impressive statistics had much to do with Franco Semioli’s 12 assists, another player Pillon had inspired to reach new heights. Just as he had done with Treviso, Pillon’s ability to turn the Bentegodi into a fortress was a factor in Chievo upsetting the apple cart, with the Flying Donkeys losing just two home games in Serie A.

Seventh place was enough for a UEFA Cup spot, which had fans reminiscing of the glorious Del Neri days, but they would fortuitously go one better under Pillon. The Calciopoli scandal ensnared several clubs, as Juventus were stripped of their title and relegated to Serie B. Fiorentina, who initially finished fourth lost their Champions League spot and were demoted to ninth, whilst Lazio finished ahead of Chievo in sixth but were stripped of their UEFA Cup spot.

Not for the first time, a Giuseppe Pillon side were the beneficiaries of other club’s misconduct. The Flying Donkeys were lifted into fourth place and as a result, the Champions League qualifiers. It may have been a stroke of immense luck, but the prospect of Champions League football was a milestone beyond Chievo’s wildest dreams. 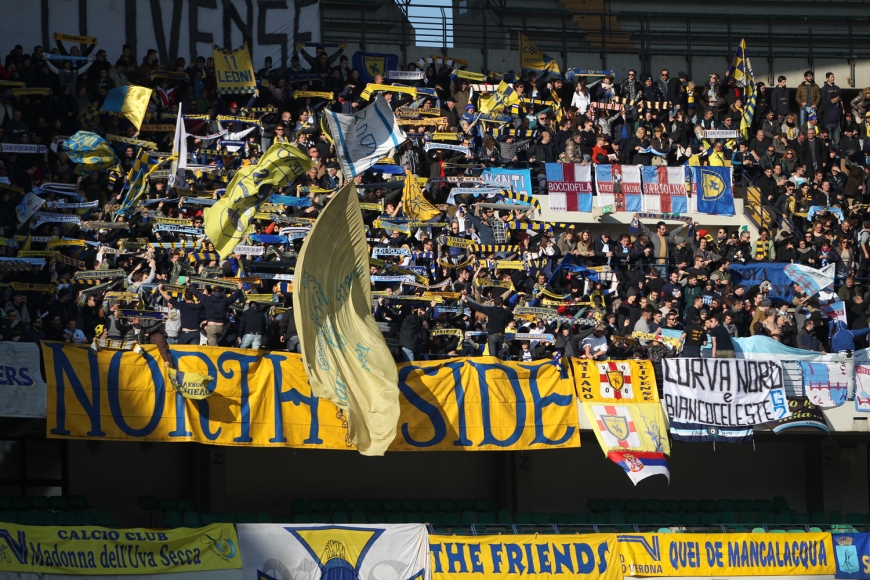 However, these dizzying heights were as far as Pillon’s Flying Donkeys would get. Their success attracted attention and traditionally bigger clubs came calling for Chievo’s best players. Veteran keeper Alberto Fontana, as well as long-time servant Daniele Franceschini, left on free transfers to Palermo and Sampdoria respectively – while Simone Tiribocchi went on loan to Lecce. But the real kick in the teeth was Amauri’s €7 million move to Palermo on the last day of the transfer window. Palermo’s Denis Godeas may have arrived on a loan deal in return, but it was scant consolation. Chievo didn’t have enough time to bring in attacking reinforcements and such an underwhelming transfer window brought severe consequences.

Chievo fell at the first hurdle in the Champions League qualifiers to Bulgarian side Levski Sofia in August. Though they had the consolation of a UEFA Cup spot, they were knocked out of the preliminary stage against Braga a month later. Their poor form in Europe also transferred into Serie A. The Gialloblu started the season terribly, failing to win their first six games, which included five defeats. That sixth game in mid-October, a 1-0 defeat at Torino, sealed Pillon’s fate and he was sacked. His replacement? None other than Luigi Del Neri. Like Treviso, who got relegated to Serie B in the 2005-06 season after Pillon’s departure, Chievo were relegated from Serie A despite the best efforts of Del Neri.

Pillon took a few months out of the game but returned to Treviso in the summer of 2007, but could do little to turn the tide in what was a financially sinking ship. While Chievo managed to regain promotion to Serie A, becoming an established top-flight club, Treviso wilted into obscurity and underwent two bankruptcies in four years. Fast forward to the present day and Pillon is managing Pescara in Serie B. Despite narrowly avoiding relegation to Serie C last-season, it is hoped the 62-year-old can weave his magic again.

In the early stages of his career, Giuseppe Pillon proved himself something of a stalwart of the Veneto. Under his stewardship, two of the smallest clubs in the region reached lofty heights, defying expectations and garnering respect from across Italy. The high-water mark both clubs enjoyed may not have lasted long, but Pillon’s achievements with Chievo and Treviso will be fondly remembered by both sets of supporters.