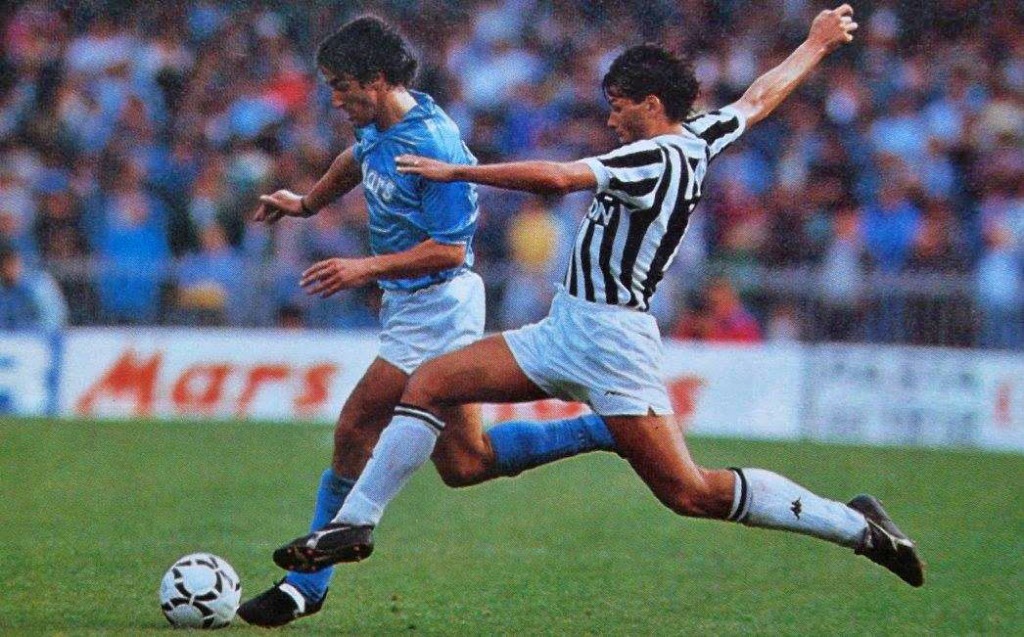 No football team can rely on one genius alone to achieve greatness. Perhaps nowhere in Italian football history is this idea more misrepresented than when talking about ‘Maradona’s Napoli.’

The fact this team is still introduced as ‘Maradona’s’ is evidence enough of the Argentine’s importance to their success. There were of course other brilliant contributors, like Careca and Bruno Giordano who alongside Maradona formed the lethal Ma-Gi-Ca triumvirate. Then there was defensive stalwart Ciro Ferrara and later the man dubbed Maradona’s heir, Gianfranco Zola. But perhaps the most underrated player in this Napoli side was Fernando De Napoli.

During the early stage of his career, De Napoli had the benefit of working with an ambitious Arrigo Sacchi, albeit for only one season between 1982 and 1983 at Rimini. The midfielder had many of the characteristics that the soon-to-be Parma coach looked for in a player. He was a deep-lying play maker with remarkable stamina, which allowed him to get round the pitch for 90 minutes, contributing to both the defensive and attacking phases. Italia ‘90 showcased this to the world as he played every game apart from the third-place playoff against England.

His ability to break-up play and his unyielding work ethic earned him the nickname ‘Rambo’ besides the fact he bore an uncanny resemblance to the character portrayed by Sylvester Stallone in 1982 (Rambo II was released the year before Napoli lifted their first Scudetto).

But this description was a disservice to a player who was much more than just a midfield soldier. De Napoli possessed a poise and elegance that was exhibited in his wide range of passing. What made him dangerous was his ability to help his team in the transition from defence to attack, winning the ball back and releasing a pass to the offensive players with pinpoint accuracy. His stamina then allowed him to power forward and join the attack.

After a spell at his home-town club of Avellino, De Napoli joined Napoli in 1986 in a move that would define his career. He had been purchased to play alongside and eventually succeed the legendary Salvatore Bagni, a man who would retire three years later. The Partenopei needed players of his stature, players who could enable Diego Maradona the freedom to express himself. What followed was a golden period for all involved with the club. In four glorious years at the club, De Napoli won two Scudetti, a Coppa Italia, a Supper Coppa Italiana and a UEFA Cup. 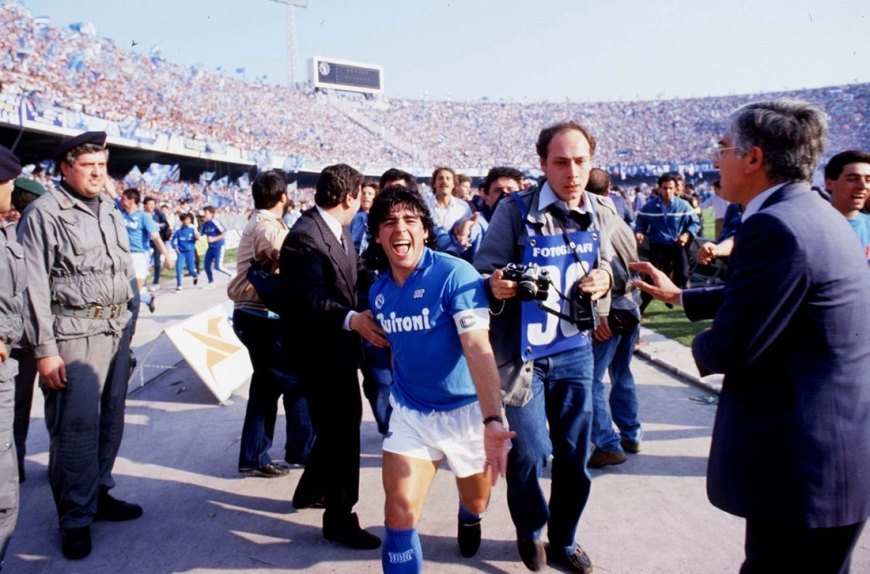 Argentines and Serie A (Part III): Diego Maradona and Napoli

The Italian national team also took notice of De Napoli’s contribution to Napoli’s success. From 1986 to 1992, he played 54 times for the Azzurri, scoring once against Argentina in 1987. Enzo Bearzot in particular, and then Azeglio Vicini after him, both admired the midfielder. He was known as a model professional whose attitude towards preparation, embodiment of the national team’s values and willingness to follow instruction made him an easy player to coach.  This also meant he became something of a utility player, with different coaches using him on the wing and as an attacking midfielder during the latter years of his career.

Perhaps the most frustrating element to ‘Rambo’s’ game was his goal tally. The 13 he scored for Napoli serve as a case in point. The variety of this collection is impressive, yet considering the nature of some of these goals, he should have been a more regular scorer. From bullet headers to long-range strikes, De Napoli had the spectacular in his arsenal. Two of his best came against Udinese in the 1986/87 season. The first, when he flicked the ball up on the edge of the area before driving home from 20 yards. The second, against Juventus in the 1988/89 season, when he thrashed home a loose ball from 25-yards with the outside of his foot.

He eventually left Napoli in 1992, a move he indicated had been on the cards since the semi-finals of the 1990 World Cup, when some Neapolitans in the crowd had supported Diego Maradona over the national team. His next move illustrated just how highly regarded De Napoli was during this era. The Italian international moved north to Silvio Berlusconi’s all-conquering Milan side.

However, things didn’t go to plan as De Napoli played only nine times in two years for the Rossoneri. Whether this was down to the intense competition for places, especially after Marcel Desailly arrived in 1993, or the fact that many believed Berlusconi was simply signing players to weaken Milan’s rivals, De Napoli still laid claim to two Scudetti and a European Cup between 1992 and 1994.

The marauding midfielder eventually moved to Reggiana where he stayed until his retirement in 1997. These were good years for De Napoli, whose professionalism and energy was greatly appreciated in Emilia Romagna. After hanging up his boots he stayed with the club and worked in the coaching staff until 2005.

The man known as ‘Rambo’ is still fondly remembered in Naples. His energy, finesse and commitment endeared him to Napoletani and allowed stars like Maradona to shine bright. Indeed, while the whole of Naples was dancing to Maradona’s beat, De Napoli was the man dictating Napoli’s tempo.

When calcio ruled the world, the Partenopei didn’t just have ‘El Pibe de Oro,” they had ‘Rambo’ as well.