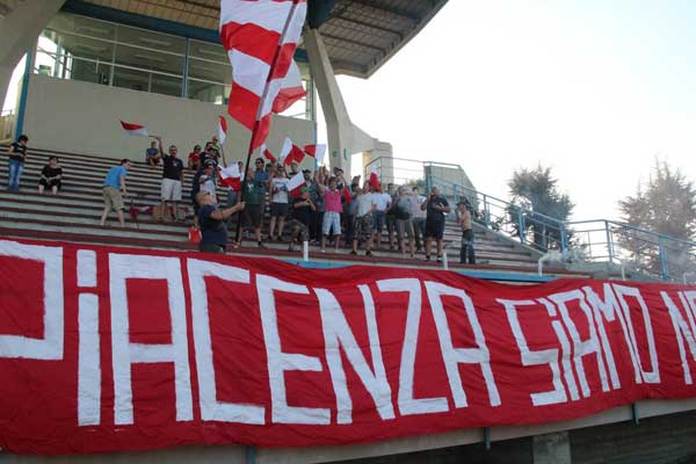 It has been 12 years since Piacenza Calcio beat the mighty AC Milan 4-2 on the final day of the Serie A season, but their fall since has seen this proud club suffer a fate worse than ever imaginable. Not only has their title of being the city’s undisputed kingpins been snatched away, they also lost the right to use the name that they proudly wore on their chest for 93 years.

I Lupi (The Wolves) were founded in 1919 by a group of students and local workers. They played their first ever season in Serie A in 1993 having beaten Cosenza to secure promotion from Serie B. Over the next 10 years or so, the club that gave us the Inzaghi brothers (Filippo and Simone) yo-yoed between Serie A and B, albeit playing mostly at the highest level.

Famous for its staunch Italian centric philosophy, the club did not field a foreign player until the 2000-01 season. Indeed, helped by the goal-scoring exploits of veteran forward, Dario Hübner, Piacenza held its own in Serie A during a time when the Italian game was at its peak and considered to be the best in the world.

Good things never last though and with the slow decline of Calcio, so came the decline of the Piacenza, relegated from Serie A in 2002-03. The club spent the next eight years in Serie B and as of yet, they haven’t returned. Teetering on the brink of financial meltdown, the club were relegated again in 2010-11 to Lega Pro.

Fortunes were not to improve and while results on the pitch continued to make bleak reading for Piacenza fans, so did the balance books. The inevitable finally came on the 22nd of March, 2012, when the club was declared bankrupt. The team fulfilled its remaining obligations in Lega Pro before the club was officially disbanded on the 19th of June, 2012. The Biancorossi (The red and whites) were extinct.

That same year, not far from Piacenza, minnows Libertaspes Calcio were celebrating winning promotion from the Promozione to the Eccellenza. But little did they know that this was also to be the club’s last act of their existence.

Piacenza were too big a club to just fade into obscurity, but being re-founded would likely mean having to start from the lowest level of the Italian league system (the Terza Categoria). That is unless someone could come up with an alternative. And that alternative was staring them in the face – Libertaspes Calcio.

The new consortium hoping to revive Piacenza bought Libertaspes and promptly changed the clubs name to Lupa Piacenza. Under Italian law, when a club goes out of business they lose the right to use the club’s name for a period of time.

The re-founded Piacenza moved back into the Stadio Garilli, Piacenza’s traditional home, and started again in the Eccellenza Emilia-Romagna (The Eccellenza is Italy’s highest amateur level). It was a rude awakening for the club as they came face to face with tiny clubs from surrounding villages who treated a match against Piacenza as their cup final.

The respect for the club’s famous name meant they were still able to draw the best players from the surrounding region. That combined with a loyal fan base, massive for this level, helped them win the league comfortably.

Over the summer of 2013 the club changed its name to Piacenza 1919 and were all set to take Serie D by storm. However it proved to be a tough season as they failed to challenge for the title.
​
What galled the Piacentini even more was seeing city bedfellows, Pro Piacenza, sit top of the pile in Serie D. It was a position they didn’t relinquish, winning promotion to the Lega Pro for the first time in their history.

Like Piacenza, Pro Piacenza were founded in 1919 but had traditionally always played second fiddle to their overweening neighbours. In fact, in the 1980s the club was even Piacenza’s feeder team. The tables had turned however, Pro Piacenza were now the club entering the professional ranks whilst Piacenza 1919 floundered at semi-pro level.

For Piacenza’s hardcore fan base, this was unacceptable and they displayed their disdain by refusing to acknowledge matches against Pro Piacenza as real ‘derbies’. For them, the true rivalries were with Cremonese, Reggiana or Parma. They did not see Pro Piacenza as representatives of their city; they were not true Piacentini.

Whether you believed that or not, Pro Piacenza were now the top dog in the city, condemning Piacenza to position in which they had never been before. Last season things failed to improve and the Biancorossi felt the weight of expectation once more as they struggled in Serie D. Worryingly attendances also started to decline significantly.

Pro meanwhile started their first ever season in Lega Pro on minus seven points. Still come seasons end they had evaded relegation and a historic second season beckoned.

This season however (2015/16) there are signs that Piacenza 1919 are getting their act together with a positive start to the campaign. Serie D though is an unglamorous and uncompromising league that cares nothing for reputation and history. It sinks its claws in deeper every year you fail to escape. Piacenza must release itself from its grip and climb to salvation, whilst also knowing that the usurpers (Pro Piacenza) are using their stadium (Stadio Garilli) for their own needs.

Once Kings of their province, Piacenza have now been deposed. Can they regain power? Only time will tell.
​