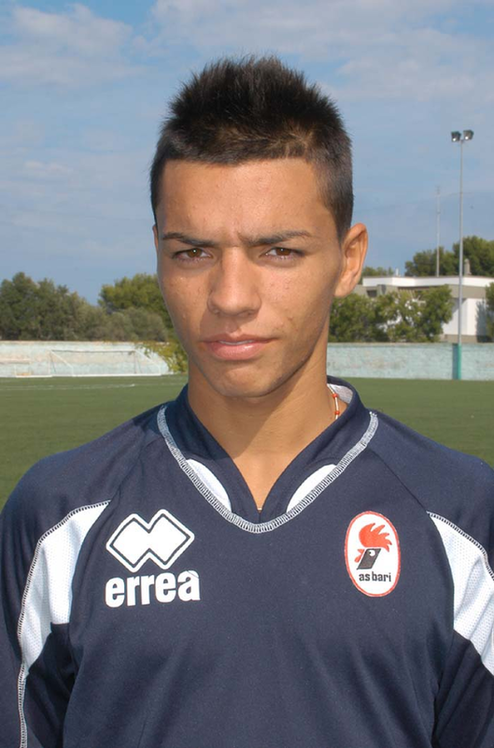 October 29th 2006. It is a warm autumnal evening in the district of San Paolo, Bari. A young man driving his Nissan Micra is confronted by two men on a motorcycle. Seven shots are fired, the life of a young footballer taken.

The life so violently ended was that of Giovanni Montani, a gifted player of AS Bari. According to those who had watched and coached Montani, he had a big future. He was on the straight and narrow heading for success. But the youngster paid the ultimate price for getting caught up in a world in which he had no desire to be involved.

Bari is located in the southern region of Puglia, an area which has had problems with Mafia involvement in Calcio. The cases are well documented. In 2012, Lecce chief prosecutor Cataldo Motta claimed that up to seven clubs in the Eccellenza division (fifth tier of Italian football) were controlled by members of the local Mafia – La Sacra Corona Unita (The Sacred Crown Unit).

Since 2011, over 100 people have been arrested by Italian prosecutors in Bari, Napoli and Cremona over the “Ultima Scommessa” (Last Bet) match fixing scandal. The problem is deep rooted and the attempts to fix games can often be elaborate. This was exemplified in a game between Paganese and Cremonese in 2011, when the latter’s goalkeeper was bribed to make sure his team lost. Unable to convince his teammates to throw the game, he allegedly drugged them with tranquiliser. Commenting on the scandal, Italian prosecutor Roberto Di Martino said “It sounds like a fairy tale or a novel. It’s absolute craziness, something unbelievable but it’s all true.”

Those arrested in the investigation “Operation Last Bet” included players, bookmakers, management, owners, agents and former players who exerted influence on current players at their former clubs. Eventually eight players of Montani’s club Bari were charged. One player who helped with the criminal investigation was defender Andrea Masiello, who admitted “In Bari the local mafia was already heavily involved in match fixing.”

But the Mafia’s sphere of influence is not limited to football. In October 26, 1991, the Teatro Petruzzelli opera house in Bari caught fire in suspicious circumstances. There have been 15 theatre fires across Italy in the last 25-years, all with similar modus operandi and although concrete evidence linking the arsonists with organised-crime networks is difficult to come by, so many coincidences have raised suspicions all the way to the highest level of the Italian judicial system.

When Giovanni Montani was killed, the clan’s leader was his uncle Andrea Montani, who despite being imprisoned since 1991 was still running the family “business”.

The Montani name was a black mark Giovanni had to bear. Having been convicted for armed robbery and drug trafficking, Giovanni’s father (Angelo Antonio) had turned his back on a life of crime to set an example for his son.

Giovanni was a talent and this helped him rise through the youth teams at AS Bari, something that filled his father with pride. While Giovanni’s father was on his deathbed, he told his son how pleased he was that the Montani name would be celebrated for sporting reasons and not tarred with crime and violence.

Giovanni used his father’s words as motivation to succeed. But the spectre of his family’s name and connections lingered. He dreamt of joining a Serie A team, “preferably in the north, to get away from all this” the young striker once said. Nevertheless, Giovanni was best friends with his cousin Salvatore Montani, son of Capofamiglia Andrea Montani.

The fateful turn of events leading to Giovanni’s death started in June 2006. Giovanni asked Salvatore to accompany him to buy a puppy for his sister as a birthday present. Giovanni, Salvatore and three friends drove across town to Bari’s finest pet store and found the dog they wanted. But the puppy cost €1400, considerably more than Giovanni could afford.

Giovanni bartered with the store owner Ignazio Gesuito but could only get the price down to €900. Still, the price was far too high for a youth team footballer on a modest wage and thus his cousin decided to intervene. According to prosecutors, Salvatore tried to get a discount from the pet-store owner by using the Montani name, reminding him who his father was and making it clear that it would be best for all concerned if they let him have the dog for €500.

The conversation became heated and fearing a physically violent outcome, Gesuito grabbed a gun from behind the counter and opened fire, killing Salvatore instantly. Giovanni and his three friends ran fearing for their safety, a mistake that would prove costly.

The “mistake” that would cost Giovanni his life was to betray the code of ethics upon which the Mafia is built; these ethics are underpinned by an “eye for an eye” mentality. The fact Giovanni ran away whilst his cousin lay dead on the floor and never sought instant retribution broke the code. Added to that, despite Giovanni not being a gangster, he was still a Montani and using the “eye for an eye” logic, it was his job to avenge Salvatore. That fact Giovanni opted to grieve in silence rather than getting even was unacceptable. The fact revenge never crossed Giovanni’s mind antagonised the Montani clan further.

As Andrea Montani grieved the loss of his son, a clan member by the name of Gaetano Capodiferro – also in prison – wrote a letter to Andrea. In the letter Capodiferro gave a frightening preview of what was to come.

“Salvatore was my life, for him I’m ready to do anything,” he wrote, “That
vermin will come to justice. In a week I’ll be out of here and under house arrest. I’ll go back to San Paolo (district of Bari) and soon you’ll get the good news.”

Because Montani was in solitary confinement at the time, all his mail was checked before being passed on to the boss of the Montani clan. Prison officials misunderstood the meaning of “that vermin” in the letter. Believing it to be the shop owner, the authorities had no cause for concern as Gesuito was imprisoned, charged with illegally owning the firearm that was used kill to Salvatore Montani.

Unfortunately the “vermin” in question was Giovanni Montani. Thus on October 29, 2006, whilst Giovanni was driving through “Bari Vecchia” (Old Bari), Capodiferro and his accomplice Joseph Amoruso shot the 18-year-old seven times. Giovanni had been part of Bari’s academy set-up since the age of seven and his death sent shockwaves through the club. “This is like losing a son,” Youth team coach Enzo Tavarilli said in tears. “Football was his life, his escape to something better.”

Jean Francois Gillet, the Bari goalkeeper who would end up being suspended in 2011 as part of the Ultima Scommessa scandal, added he had watched Giovanni play in a training match 10 days before his death. “He scored a great goal. I complimented him and he beamed back at me – a smile like the sun.”

Andrea Montani has always maintained he never sanctioned the murder of his nephew, and along with his wife Anna, they claim to have mourned the death of Giovanni like they did their own son, Salvatore.

For Capodiferro and his accomplice Amoruso, there was no hiding place. They had killed a Montani and they were immediately given up, leading to quick arrests and convictions. Both are now serving 20 years for Giovanni’s murder and firearm offences related to the crime.

The Montani clan have since lost control of the Puglia region with the Strisciuglio clan now in charge, albeit still under the guise of the Sacra Corona Unita. Almost nine years after the murder of Giovanni Montani, mob activity is still present in the region. The maximum security prison in Trani near Bari is almost exclusively filled with mob convicts, and businesses are still destroyed over non-payment of “il pizzo” (protection money).

The war continues against organised crime but one battle that was tragically lost was the life of Giovanni Montani and his smile – a smile as bright as the sun.

Mark is an Italian and Dutch football enthusiast. He writes for @GentlemanUltra and created @sempre_bari, the account for all things FC Bari in English.