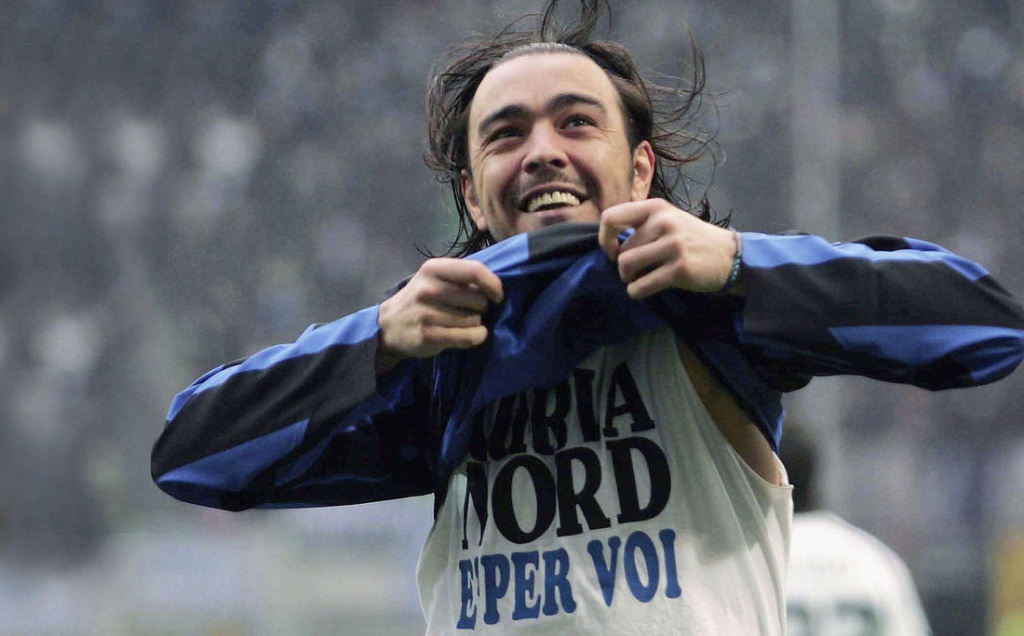 A young son sits with his father at a restaurant. Suddenly he notices Real Madrid left-back Marcelo at another table across the room. The boy knows all of the Real Madrid players, but Marcelo in particular is one of his favourites. The father tells his son to be respectful to Marcelo and not to bother him.

Marcelo, upon making eye contact with the father, leaves his table and comes over to greet him. “I don’t mean to bother you, but I am Marcelo, a big admirer of yours,” he says. The boy stands in wonderment as Marcelo and his father share a smile and take pictures before leaving them in peace.

The young boy knows his father was a footballer, and recollects a similar incident a few days prior in Montevideo, when Luis Suarez, Uruguay’s best player, approached his father, again asking for a picture. The son’s name is Jeremia Recoba, and his father is, of course, Alvaro Recoba.

Unimaginatively nicknamed ‘El Chino’ due to his Asian appearance, Recoba packed a truly dynamite left foot that could bullet, bend or float a ball as he saw fit. He also possessed a great turn of pace and the vision to assist en masse. Christian Vieri once claimed that at least 50 of his goals during his time at Inter came directly from Recoba.

Recoba remains one of the most infuriatingly brilliant talents of recent years. Not many other players possessed so much God-given ability while at the same time lacking the mentality or discipline to succeed at the highest echelons of the game. Recoba was the epitome of a mercurial footballer—only Antonio Cassano can challenge him in the ‘what if’ stakes.

The Uruguayan displayed a general disdain for the rigours of training. Reportedly, during the player’s loan spell at Venezia, head coach Walter Novellino organized his players into groups and made a rota as to which group had to swing by his house and drag him to training.

Recoba was the ultimate YouTube footballer before the term even entered the footballing lexicon. His goals were so outrageous and so memorable; it wouldn’t be absurd to argue that he was one of the greatest footballers in the history of the sport based solely upon highlight reels.

However, accusations were made that he vanished when it really mattered. Despite being at Inter for a decade, he remarkably never scored in a Milan derby or against Juventus, instead leaving his best performances for the lesser teams in Serie A.

This piece could as easily have been expanded to a trilogy, based on any number of his goals; such was his diversity and unbound genius. Volleys, lobs from the halfway line, free kicks, venomous long rangers, dribbles. You name it, he could score it. Recoba was never prolific, yet nobody better fits the description of being ‘not a great goal scorer, but a scorer of great goals.’ One such goal caught the attention of Massimo Moratti.

In the spring of 1997, the former Inter president is given a videotape by an Inter scout. Moratti promptly puts the tape in the machine and watches in amazement as this young talent for Nacional in Uruguay scores a ridiculous goal that drew comparisons to Diego Maradona’s second against England in 1986.

Wearing the number ten shirt, Recoba receives the ball in his own half before setting off for the opposition goal, and, just in the way Maradona did, gliding past opponents with consummate ease. All left foot, just like Maradona, he races into the box before shimmying past an oncoming defender and ghosting past two more as well as the goalkeeper to smash the ball into the roof of the net.

It’s a goal worthy of a trip to YouTube. Search ‘Recoba gol similar de Maradona’ to see the uncanny resemblance. Moratti was instantly smitten, and so started a great love affair between president and player. Having watched the clip, he supposedly exclaimed: “He (Recoba) is our man!”

Having seen enough, Moratti sanctioned the purchase of Recoba several months later. However the deal went under the radar due to the distinct lack of coverage of Uruguayan football in the late 1990s, and also because another South American was making headlines up and down the country, namely Ronaldo.

Ronaldo was Inter’s superstar, but Recoba was Moratti’s personal favourite.

‘Ronaldomania’ ran wild that summer in Italy. Inter exploited the break down in communications between Ronaldo’s entourage and Barcelona to pay his release clause, a world record fee, of £21.5 million. Already the best player in the world and only 20 years old, Ronaldo replica jerseys flew off the shelves, his face splashed over every sports paper. In a league that already had the vast majority of the game’s finest players, El Fenomeno was clearly a cut above the rest.

Inter’s opening league game of the season was at home against perennial ‘90s yo-yo side Brescia. The Giuseppe Meazza was packed for the league debut of Ronaldo on a gloriously sunny day, everyone hoping to see Inter’s newest toy create a moment of fantasy. Ronaldo was to have a frustrating afternoon but showed all his pre-injury skills: the truly frightening pace, the bullish strength, the ball sticking to his foot like velcro, the ability to beat a number of players at will.

It’s interesting to see how much of a complete player Ronaldo was at this stage in his career, before terrible injuries in 1999 and 2000 dramatically altered his style. In his first season at Inter he was chief goal scorer, creator and set piece taker combined. He was a sight to behold, the ultimate footballer.

In the second half he smashed the crossbar with a blistering free kick and had a goal chalked off for offside before Brescia remarkably took the lead through one of the peninsula’s most iconic journeymen, Dario Hubner.

Receiving a lofted pass from a young Andrea Pirlo inside the penalty box and with defender Fabio Galante tight at his back, Hubner controlled the ball with his right thigh and, showing reflexes a cat would be proud of, twisted and smashed the ball instantly with his left foot into the top corner of Gianluca Pagliuca’s goal. It was a goal worthy of winning most games in its own right, but it would quickly be overshadowed.

Several minutes before Hubner’s strike, Gigi Simoni made a substitution, bringing off the ineffectual Maurizio Ganz for Recoba with roughly twenty minutes left on the clock. This was the first glimpse Interisti were getting of the 21-year-old. It’s safe to say those who bore witness would never forget it.

On the left hand side of the Brescia half, the much-underrated Benoit Cauet has possession of the ball and frantically tries to wriggle free of a Brescia midfielder. He twists and turns before returning back infield and passing to Recoba.

In a reflection of his unknown status, Recoba is standing free with no opposition around him some 25 metres from goal. Clearly, the Brescia players didn’t view him as a threat from that distance. He wasn’t to stay unknown for very long.

He takes one touch with his right foot to tee the ball up before pulling back his majestic left foot and striking the ball perfectly. The shot arrows into the top corner at a thunderous pace. It’s one of those goals that if you imagine there was no net, the ball would just keep rising and rising, eventually exiting the stadium. The San Siro comes unglued as Ronaldo is usurped on his debut, Inter’s new prodigy revealed to the world.

Five minutes later, he would repeat the trick with another piece of brilliance. This time from a free kick, Recoba showed that he could not only hammer the ball, but also artistically curl it to his demands. From the same distance as his first, he arcs the ball up and into the opposite corner. One has to feel sorry for poor Brescia goalkeeper Giovanni Cervone, who had little hope for either goal, such was the perfection of both strikes. La Gazzetta dello Sport would give Recoba a rating of 8 for his 20-minute master class. Ronaldo received 6.5.

Recoba had turned the game around inside five minutes, and secured an improbable victory for Inter. It’s arguably the best Serie A debut in the past quarter century, but it was also the beginning of the end for the Uruguayan. The crushing weight of expectation simply became too much for him; a lack of self-discipline, coupled with such a stunning debut and the idea that ‘this will be the season it all comes together for him’ plagued him throughout his stint at Inter.

He showed only brief snippets of his unbelievable talent, and is oft remembered for his pivotal role in keeping Venezia afloat in the 1998-99 season following a six-month loan spell in which he scored 11 goals in 19 games including, as you might’ve guessed, some extraordinary strikes.

In hindsight, it’s worth asking: could any player ever have lived up to the expectation that resulted from those two goals? The answer is probably no. However, despite his alarming inconsistency, Recoba was Moratti’s favourite player during his Inter presidency, at one stage making him the highest paid player in the world at the turn of the century.

“Despite his flaws, Recoba could be the best in the world, a phenomenon, with technical skills as good as anyone,” Moratti said in a 2014 interview. “I loved him.” It’s hard to argue with that.

Emmet is a freelance football writer based in Italy. He is the creator of Goal O’ The Times. As well as The Gentleman Ultra, he has written for FourFourTwo, These Football Times and InBedWithMaradona.