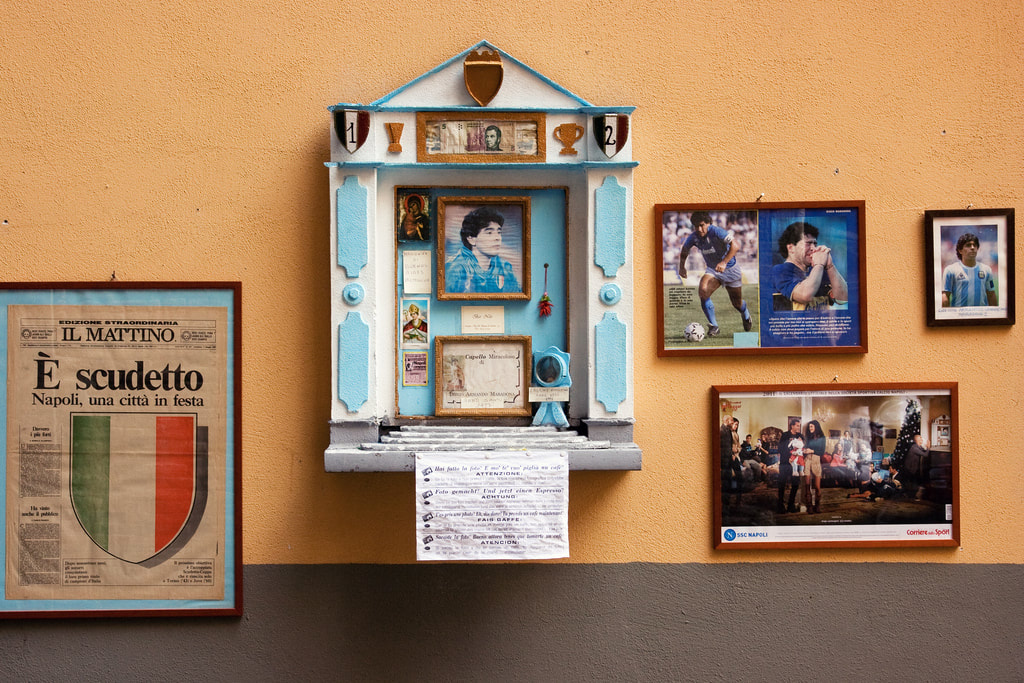 Every club has their hero, whether they are competing in non-league divisions or the Champions League, but Napoli’s relationship with their hero is different. In fact, to many Neapolitans, this man is more than a hero; he is a god. He is worshipped and idolised, and his name is of course Diego Maradona. During my time in Naples, I was struck by the level of adoration for the Argentine and thus, I decided to write some thoughts on the unique bond between Napulitani and El Diego.

Just like any Main Street in any big city, you can find lots of shops and cafes in Naples’ via Toledo. However, only here would you find yourself surrounded by tributes to Napoli’s greatest ever player. There were flags waving with Maradona’s face on them, Maradona bobbleheads for sale and down every alleyway, retro Maradona shirts at market stalls.

Some 26 years after El Diego left Napoli, the affection for the Argentine is as strong as ever. In all my experiences as a football fan, I’ve never seen so much love for one player. A few days before my trip to Naples, I had been in Rome, and not even the love shown for Totti was comparable to what I saw on via Toledo. Obviously, there were masses of Roma fans wearing Totti jerseys, but Totti-adoring graffiti was not sprawled on every corner like it was in Naples for Maradona. To draw a parallel from England, Liverpool fans’ close relationship with Steven Gerrard can’t rival this eternal love Napulitani feel for Maradona. It really is special.

A collection of memorabilia dedicated to Maradona, all visible on via Toledo. Images: Matt Robson

Naples has strong working class population and this seems to strengthen the bond and sense of respect between Napoli fans and El Pibe de Oro. Maradona himself came from a poor background and it was that sense of hardship that helped both player and fans find a mutual understanding. With all the graffiti, memorabilia and iconography surrounding you, one can’t help feel that this city truly belongs to Maradona; as if you were breathing his air.

Even the younger generation know how important Maradona is to Napoli, which really goes to underline his iconic status. I asked a waiter in the city a couple questions about Napoli and its players. When I asked him to name their best player today, he told me it was “Dries Mertens.” Then I asked who Napoli’s greatest ever player was, and his answer was emphatic: “There is only one…”

This waiter was in his 20s and enthusiastically informed me how the fans had managed to “salvage” some of Maradona’s hair and that it was on display two streets away. Being in his 20s, he couldn’t have watched Maradona in Napoli colours, so it was another illustration of just how important he is to Neapolitans. Everyone in Naples knows Diego Maradona. 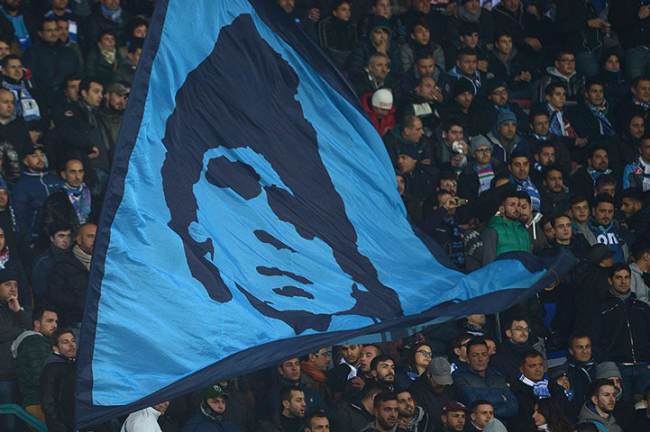 I was speaking to Giovanni Vinoso on Twitter and, as a Neapolitan, he was very passionate about the subject.

For Neapolitan people, he is THE football. Older people refuse to watch football, they say “I watched Maradona, the football, what’s the point?” The love is really mesmerising, people, who clearly love the game, now find it boring because Diego Maradona isn’t playing.

Vinoso also told me that Maradona played football “like a violin” and that “the symphony was as good as a Mozart one.”

To an outsider, it seems as though Maradona has entered into the realms of myth in Naples; a cult figure who can do no wrong in their eyes. Never have I felt so honoured to have witnessed such an astonishing level of adulation for one man.

To Liverpudlians Gerrard is a hero, to Romans Totti is a son, but to Neapolitans, Diego Maradona is god.